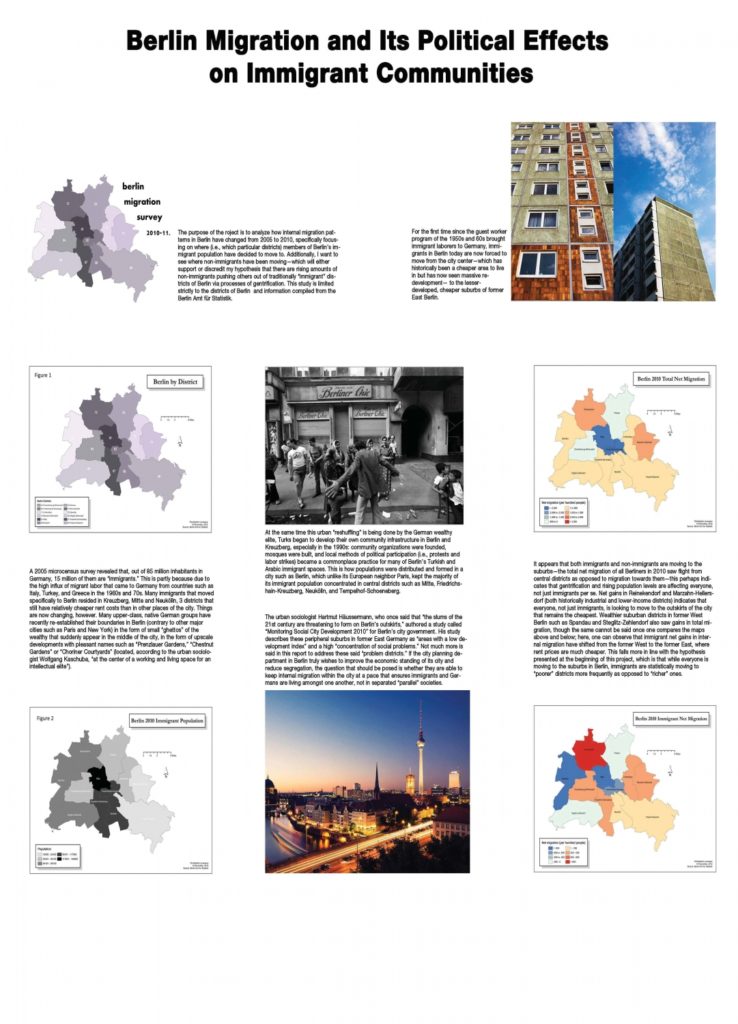 In this project I plan to analyze how internal migration patterns in Berlin have changed from 2005 to 2010, specifically focusing on where (i.e., which particular districts) members of Berlin’s immigrant population have decided to move to. Additionally, I want to see where non-immigrants have been moving—which will either support or discredit my hypothesis that there are rising amounts of non-immigrants pushing others out of traditionally “immigrant” districts of Berlin via processes of gentrification. These are significant questions to ask, not only because gentrification (which can be defined as a dynamic that emerges in poor urban areas when urban development and residential shifts drive people out of a neighborhood) displaces communities, but also because gentrification affects how parts of the city are governed politically. My hypothesis at the onset of this project was that, for the first time since the guest worker program of the 1950s and 60s brought immigrant laborers to Germany, immigrants in Berlin today are now forced to move from the city center—which has historically been a cheaper area to live in but has now seen massive re-development—to the lesser-developed, cheaper suburbs of former East Berlin. I use secondary data sources to confirm that these internal migration patterns are at least partially affected by the rising rent costs in central Berlin’s districts.