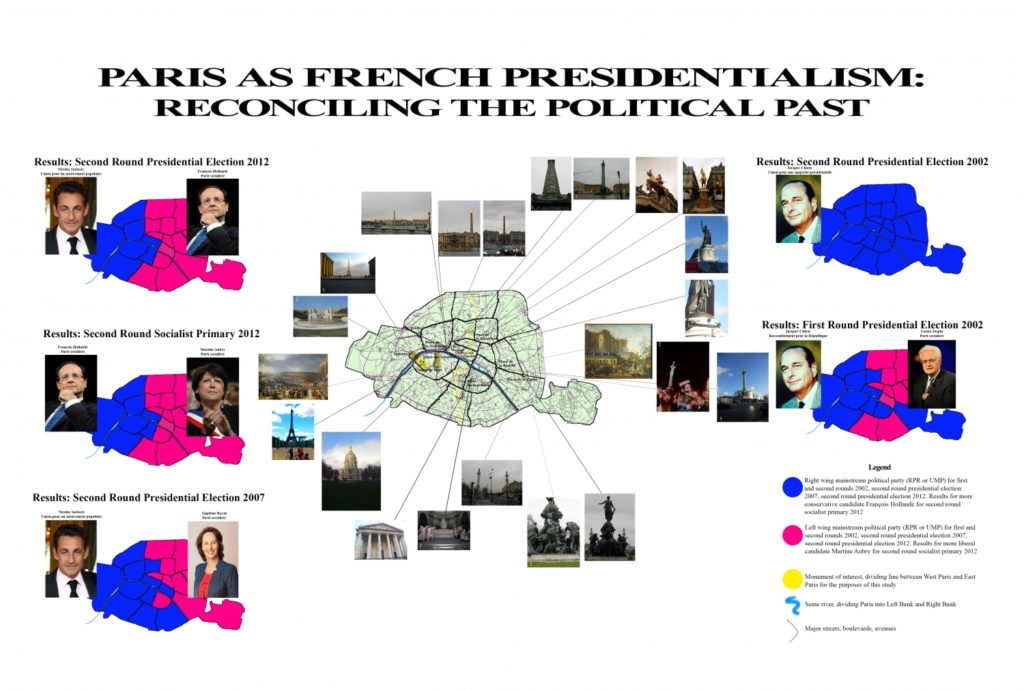 The city of Paris is representative of the competing political traditions in French history since the inception of the first monarchy; monuments, plazas, buildings give testimony to the journey towards the Fifth Republic. There is a correlation between the characteristics of the most popular sites in the city, their locations in either a western or eastern half, and voting patterns in the presidential election over time. The compounded effect of these correlations is a physical and electoral representation of a reconciliation of combative political development, and tells the story of a nation confronted with the living past.