Skip to content
Please check hours until our regular schedule returns on February 7th. Visiting researchers are permitted in CUL special collections by appointment only.
Libraries and Hours Ask a Librarian 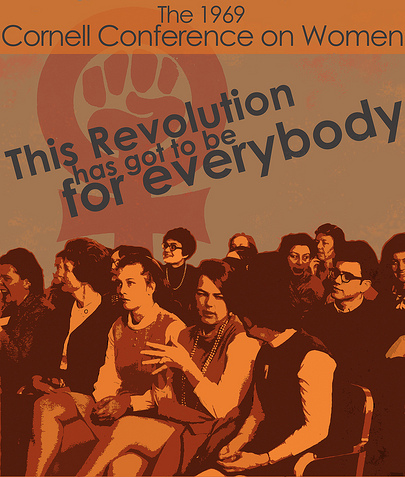 The genesis of Female Man points to the now-legendary Cornell Conference on Women held in January 1969, when Joanna Russ was teaching here. Betty Friedan and other prominent feminist thinkers were attendees. Joanna Russ became consciously radicalized as a result of what she heard there. She wrote the short story “When It Changes” weeks later. It was nominated for a Hugo, and won the Nebula Award for best short SF story of 1972. The Female Man might not have been written if not for the Cornell conference, an event that also resulted in the nation’s first accredited women’s studies course, taught at Cornell that spring.