Serviss soon became well-known to the general public as a layman’s astronomer, and by the 1890s he was lecturing across the United States and writing books for the growing number of amateur star-gazers. It was perhaps his reputation as a science writer that led to his being asked to write an unauthorized sequel to H.G. Wells’s War of the Worlds, which had been retitled Fighters From Mars and serialized in the Boston Post in early 1898, not long after the novel’s original publication in the UK. (Wells, of course, was not pleased.) 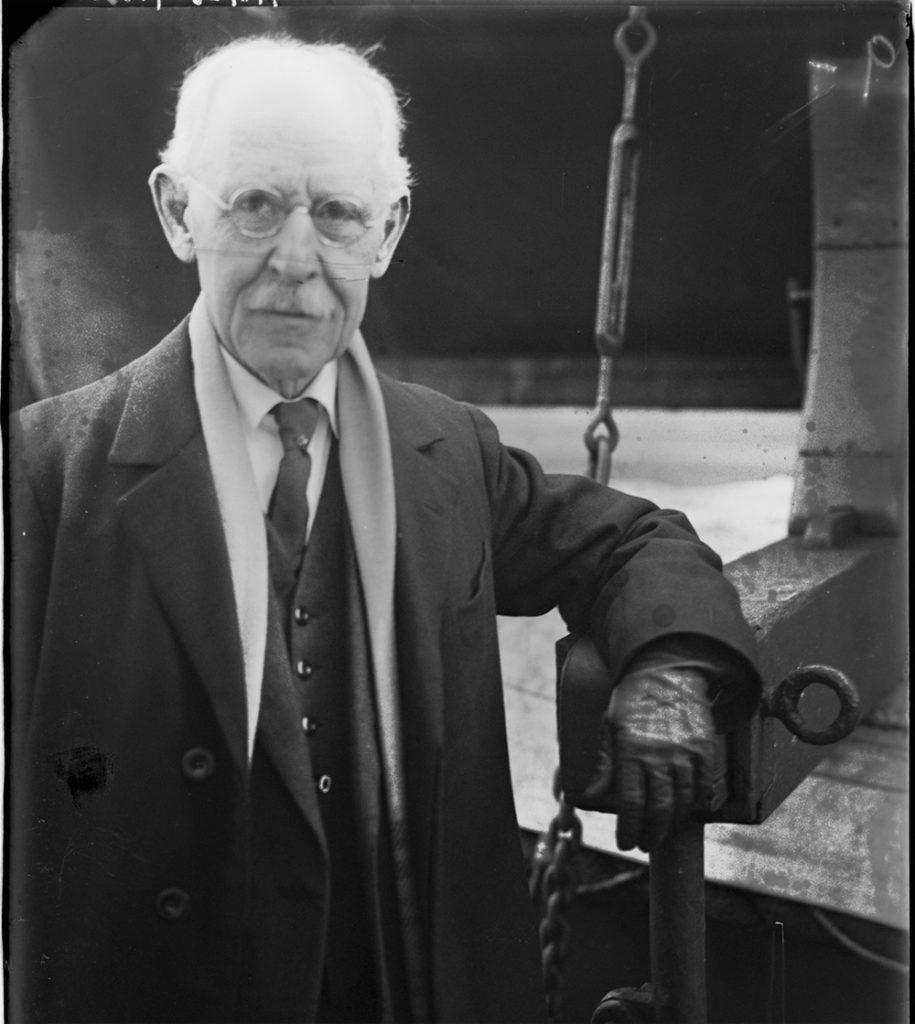 Titled Edison’s Conquest of Mars, the sequel shared little with its predecessor other than the premise that Mars had attacked Earth which, through the imaginative efforts of prominent scientists such as Edison, Lord Kelvin, and Serviss himself, was now in a position to retaliate. Though the interplanetary adventure, or space opera, was later to become a common genre, Serviss can be credited with originating many of its conventions. Although it remained undiscovered by SF historians for decades after its initial newspaper appearance, Edison’s Conquest of Mars had far-reaching effects beyond the world of fiction, inspiring famed rocket scientist Robert Goddard to choose his career path when he read it as a teenager in Roxbury, MA. Along with Wells’s novel, Edison’s Conquest“gripped [his] imagination tremendously.”

Serviss’s science education at Cornell worked to his advantage. Edison’s Conquest of Mars correctly predicted a number of innovations unknown in his time, such as the self-contained space suit with its own oxygen supply, the sharp contrast of shadows in airless environments, cigar-shaped spacecraft – represented here in illustrations that accompanied the 1898 story – and the velocity needed to escape earth gravity. He was also arguably the first to conceive of SF conventions such as asteroid mining, the disintegrator ray, large-scale battles in space, and global cooperation for war against a common enemy. There is some question about the influence of these now common SF elements on subsequent writers, given the novel’s unavailability for nearly a half-century after its original newspaper appearance.

Hugo Gernsback’s Amazing Stories reprinted three of Serviss’s four works of science fiction in nine consecutive issues between July 1926 and February 1927. In those shown here, Serviss would again share a literary connection with H.G. Wells. The fanciful covers are by pulp magazine artist Frank R. Paul (1884-1963), whose artwork appeared on every cover of Amazing Stories for the first three years of its 80-year existence and helped establish much of the imagery associated with the genre.

Because Edison’s Conquest of Mars was essentially “lost” until it appeared in book form from a specialty press in 1947, Serviss became recognized as a science fiction writer for the works that followed it: The Moon Metal (1900), A Columbus of Space (1909), The Second Deluge (1911) and The Moon Maiden (1915), some of which were reprinted by publisher Hugo Gernsback (1884-1967) in early issues of Amazing Stories, the first American magazine devoted entirely to science fiction. An electronics and aviation enthusiast, Gernsback launched Amazing Stories in 1926 to provide a venue for the “charming romance intermingled with science fact and prophetic vision,” and his re-introduction of novels by Jules Verne, H.G. Wells, A. Merritt, Edgar Rice Burroughs, Serviss, and others under the rubric “scientifiction” shaped the parameters of what we now recognize as “science fiction”—also a term he coined—by the end of the 1920s. Serviss’s work would be revived for a new generation two decades later through reprint magazines such as Famous Fantastic Mysteries and Fantastic Novels.

A sensationalized cover image on Fantastic Novels for the July 1948 republication of Serviss’s The Second Delugehas nothing to do with the actual story, but was stylistically typical for pulp magazines of the era. The artist is Lawrence Sterne Stevens (1884-1960), who signed his work simply as “Lawrence.”

A 2005 reprint of Edison’s Conquest of Mars. Long out of copyright, the novel now appears in a variety of contemporary paper and e-book editions.